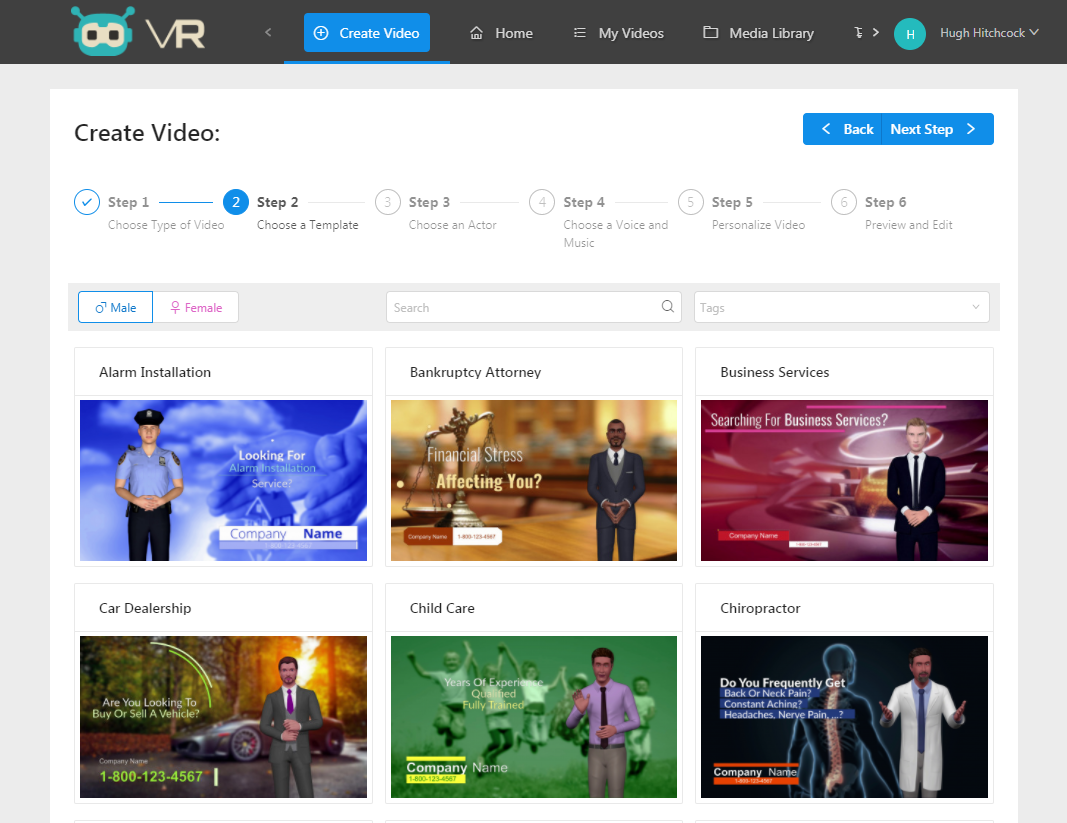 5 Stars – an absolute champ, must have
4 Stars – worth more than the price paid
3 Stars – worth the price
2 Stars – didn’t deliver as promised
1 Star – stay as far away from as possible

This week I’ve had the pleasure of reviewing and using a new video creation tool called Video Robot. VideoRobot currently has some interesting pre-launch activities that you may want to check out.

Todd Gross is known as the largest “Gross”-ing affiliate 🙂 on JVZoo and also was a famous weatherman, portrayed by an actor in the movie “The Perfect Storm”. I’ve been lucky to know Todd personally since 2012 and I’ve always know him to be a standup guy, in fact I’ve hired him to do voice overs for me and he’s always done a great job. He’s also know for putting out tons of video software and he’s recently partnered with Paul Ponna.

Register to Win a FREE Copy

Paul Ponna I've only met recently but I know him to be apparently somewhat of a genius behind some really good video-on-demand software in recent years, including "Video Wave" in which he partnered with the owners of Videze (mentioned above) and he's also behind some of the "animatronics" in previously released gems like VideoPal and VideoBuilder.

Paul has figured out how to run systems that can give you live previews in-browser of videos you're creating and editing -- while you're creating them. This is not an easy programming task and I applaud Paul for creating these programs in which it happens so flawlessly. Video Robot is another such gem, and to be honest, has some similar features that were in their release of Video Builder last year around this time.

Sometimes one might ask, why not just make Video Builder better - why put out a whole new software? I'm going to be honest here - it's hard to keep putting economic value into a customer base from whom you are no longer collecting income. Sad fact. So software companies have to come up with ways to continue to receive income so they can support their customers across the board. I'm not sure if you know this, but it's extremely expensive to maintain servers that render other people's videos for them 24/7.

And in all fairness, after getting to know VideoRobot I have to say it is a very different software than VideoBuilder - the reason is that it is specifically designed to create template avatar videos, specialized for local marketing. And it definitely does that with all kinds of bells and whistles.

First of all, they boast the following content available out of the box:

I've spent what time I have available going through these as best I can, and from what I can see they are not exactly what I would call "explainer" videos but more like first-person sales pitches for local businesses, pre-created for you in the hottest local niches. But they are nice and they come in both male and female avatars, and they have a translation system built in so you can market to literally any local audience world-wide.

Paul has perfected the art of making the animated characters mouth movements perfectly match the voice over track of the video, so that's cool. The other thing they've apparently mastered is the ability to export animated text effects and that's a very big part of Video Robot - mainly that's what I'm seeing in the "Kinetic Motion Animation" templates offered. And some whiteboard-type sketch in (minus the hands). The main apparatus involved in the text animation is a new library that I myself have recently discovered that allows vector animations to be exported as javascript so it's way easier to preview them in a browser and then render them into video on the server-side.

As you can see from the screenshot there are a lot of moving parts and variables you can play with on these videos. I'm going to let Paul's explainer video do the hard work of explaining it all but you can see a couple of videos on this page I whipped together in about 2 minutes each.

Video Robot gives you the ability to do more than just create clips - actually it's all about creating full movies. You can do it pretty easily if you just let them do the talking and follow their script. It gets a little more involved when you start trying to do your own composing without any template. But it's certainly doable in VideoRobot using what they call the "revolutionary" blank template which allows you to start from zero in creating your video.

One of the cool things about VideoRobot is that for each video, you can select a custom intro and outro which is kind of a logo reveal so it's kind of like having a built-in Videze or Viddyoze logo reveal creator built right into the software. The only disadvantage of that is that you can't export the logo reveals, intros and outros as separate clips - they are always going to be attached to the main video you're creating. Perhaps that's good or perhaps later they'll give us the ability to export the cool looking intro and outro logo reveals as separate clips too.

Other limitations: only a few I've come up against - you can't export to animated GIF without upgrading to a higher price level. Similarly you can't export in 1080p HD but you CAN export in 720p HD out of the box so that's not a problem for me.

Click here to get involved with the VideoRobot pre-launch, including a chance to win a free copy.

Pros: Well thought out UI
Lots of moving parts, yet very well organized
TONS of templates, avatars, voice options
Create full videos including intros, outros and text animations
If you like avatar videos and do offline business I think this is a must-have.
Cons: if you don't do avatar videos or offline business then you won't be using 80% of the program.