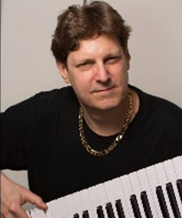 If you’re like me, you probably got into the internet marketing community by trying to find ways to get traffic for your business and grow your website. by visiting websites like the warrior forum or other make money online type of sites that are or have been out there for some time.

Back in 2011 I was trying to get business for my music websites and literally looking for any kind of way to get more traffic to my website. I started to get familiar with the kinds of software that were being sold in these markets, and one day the light bulb went off over my head and I realized I could launch my own products in the internet marketing space.

And I was lucky enough to connect with a big marketer in the IM space — of course I did pay him — quite generously — but the result was a big launch, and then another big launch, and then I did another big launch after that as well with another guy running it and he got paid well too. Both of those guys are wonderful marketers and did bangup jobs and I’m grateful to both of them. However, I did make the decision not to continue partnering with either one of them, I think it was hard for me to give up autonomy in my business even though it might have helped me to some extent.

I’ve always been a staunch individualist — my twenties were over long ago and I’ve worked hard to build my business, even before I got into the Internet Marketing game. And so when I did, I think I didn’t quite fit in — even though in a way, a lot of people gave me a chance to do that – the chance to fit into THEIR idea of what I should do or be, instead of having them fit into my scheme of things.

I think I had already reached the point (and the age) where I felt like my assets should be working for me and my customers — rather than lining the pockets of some other marketer. While they are out vacationing on the money they made from my products, I’m stressing over melting down servers, Paypal disputes, customer satisfaction and everything else including making sure the company overhead is paid each month. I mean I already paid my dues in a lot of different ways, in order to not have to do that.

I was so new to the Internet Marketing crowd, even though I’d had my own software company for over 10 years already (mainly servicing clients with custom code) I think I wasn’t quite ready for the “everyone’s hands in everyone else’s pockets” game that really this cluster-Faulk of a marketplace is. I got wrapped up in trying to prove something or other to other marketers, rather than just trying to create value. While I never did stop creating value, the fact was that while doing that year after year, at some point my priorities got a little bit misaligned. But not anymore!

But back then, when I first got started – it just seemed like my list was instantly so huge, and I acquired it so quickly, and before I really knew what I was doing. In fact, I think I promptly alienated about half of my subscribers within about the first year just by over-promoting stuff – being so new I guess I pushed the envelope to see what I could do. On the flip side, I’ve been truly blessed with a following that has stuck by me through all of that – and that means the world to me. I’m very grateful.

I promoted one particularly bad product that lost me a ton of subscribers before my first year as a product launcher was even over. It was not my product — I had absolutely nothing to do with its creation. but it was being pushed by “the usual suspects” as the greatest new SEO backlink tool. It turned out to be a complete and utter failure, technically… after selling thousands of units and me collecting several thousand dollars in commission. I’m not going to name it here, but if you’ve known me for a while, you might remember it had the word SEO in its name.

Tomorrow I’ll post the story of how I completely botched that promo and lost a bunch of subscribers! Stay Tuned…